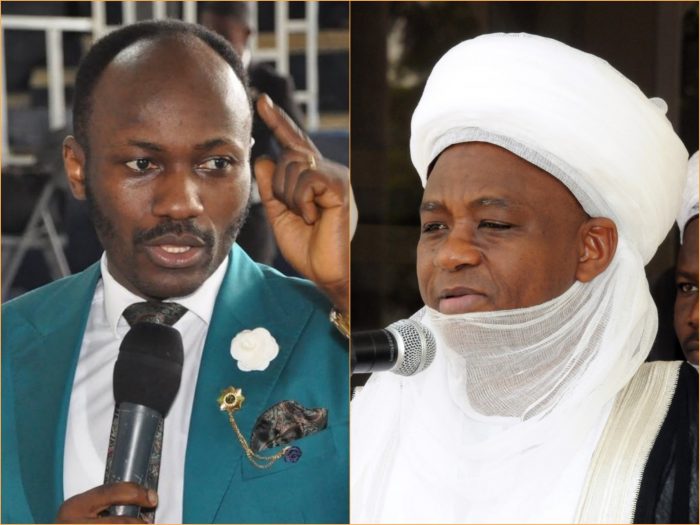 Apostle Johnson Suleman, founder and president of Omega Fire Ministry (left), Sultan of Sokoto Mohamed Sa’ad Abubakar III (right)
Femi Fani-Kayode, one of the leading thought leaders in Nigeria, writes on the on-going genocide in Southern Kaduna and the planned arrest of Apostle Johnson Suleman over his comments calling for his members to kill terrorist Fulani herdsmen. This is the second and concluding part of this essay. You may read the first part HERE.