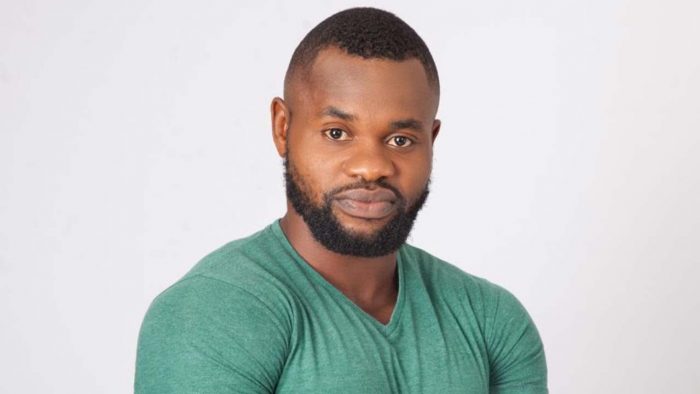 Big Brother Naija Housemate, Kemen
The answer is simple. Big Brother lacks the moral obligation to disqualify Kemen over his situation with Tboss when worse has been condoned.
The show itself reeks of immorality, period. Several acts of immorality; sexual and non sexual have been perpetrated by contestants and condoned by the organisers of the show since its inception.
But what makes this special?
Yes, ladies we agree it was a sensitive and delicate issue and in fact inexcusable, but were you expecting morality from an immoral show?
Where were you when Debby Rise violated Bassey? Or it doesn’t count when a man is the victim?
Or where was BigBrother when married TTT was being serviced by Bisola? Why didn’t BigBrother (the informant) inform her of his marital status? Maybe that just wasn’t immoral enough.
Perhaps the most hypocritical part on Big brother would have to be in 2007, remember the fingergate scandal between Richard and Ofunekka? How convenient that Big Brother even rewarded the culprit with the prize of the competition. But now disqualify Kemen for a less grievous act?
In conclusion, Big Brother Nigeria is not a reality show that prides itself over its moral standards, so to escalate this Kemen-Tboss situation to the level of disqualification was just plain hypocritical.
Especially considering that TBoss didn’t even lodge a complaint, rather BigBrother blew the whole situation out of proportion.
Kemen would henceforth be stigmatized and become victimized as a sex offender which would damage his relationship and business. He should and must sue for damages and in fact defamation of character.
This opinion was shared on Nairaland, by Pressplay.