Home Breaking News BREAKING | Buhari will Be Working From Home Now Due To Failing... 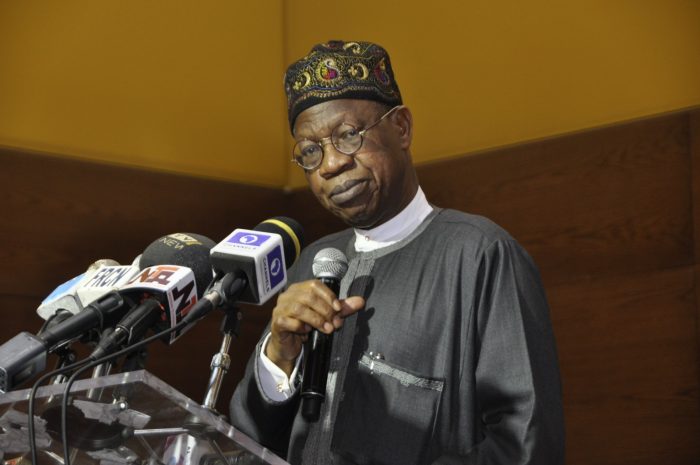 Nigeria’s Information Minister, Alhaji Lai Mohammed
Lai Mohammed, Nigeria’s minister of information and culture, has revealed that ailing ‎President Muhammadu Buhari will now work from his home at the Presidential Villa, marking a turning point in the former military dictator’s regime.
Mohammed is reported to have made this disclosure on Wednesday, April 26, 2017 while speaking with State House correspondents at the end of the meeting of the federal executive council, FEC, which was chaired by Vice-President Yemi Osinbajo in Buhari’s absence.
The president failed to preside over the weekly cabinet meeting for the second time in a row.
Mohammed said Buhari needed some rest and has asked that all the files on his desk be brought to him at his official residence for treatment.
The last FEC meeting was held on April 13 and Mr. Mohammed had said that Mr. Buhari asked his deputy, Professor Osinbajo, to preside over the meeting because he was attending to other issues.
The meeting was cancelled last week with presidential spokespersons saying the cancellation was as a result of the Easter holidays which did not allow ministers prepare their memos for presentation to the Council early enough.
The minister also said Vice President Osinbajo will meet with President Buhari later in the day at the president’s official residence