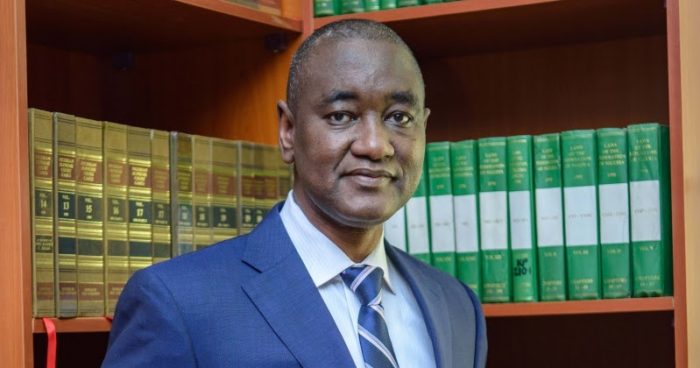 Abubakar Mahmoud, national president of the National Bar Association, NBA
A federal high court in Abuja has voided the 2015 constitution of the Nigeria Bar Association, NBA, through which Abubakar Mahmoud was elected as president of the association in July 2016.
The court gave the order in a suit filed by Supo Ojo, a lawyer, challenging the procedure of amending the constitution of the NBA, The Will reports.
To this end, the court order de-legitimises the presidency of Mahmoud because he emerged president of the NBA on the voided constitution.
By implication, his recommendation of senior lawyers to the National Judicial Council, NJC, for appointment as judges is now invalid.
In fact, the judgment will likely affect all decisions the bar since 2010.
Meanwhile, the general council of the NBA will preside affairs of the association pending a fresh election under the constitution passed by a resolution of members in 2001.
Abubakar Mahmoud, former Kano State attorney general and commissioner for justice, was elected as the president of the Nigerian Bar Association, NBA on Monday, August 1, 2016.
The poll was conducted through e-voting and Mahmoud polled 3,055 votes to defeat Joe-Kyari Gadzama who polled 2,384 votes.
The new executives, which were elected with Mahmoud were sworn in in August, 2016 in Port Harcourt, the Rivers State capital.