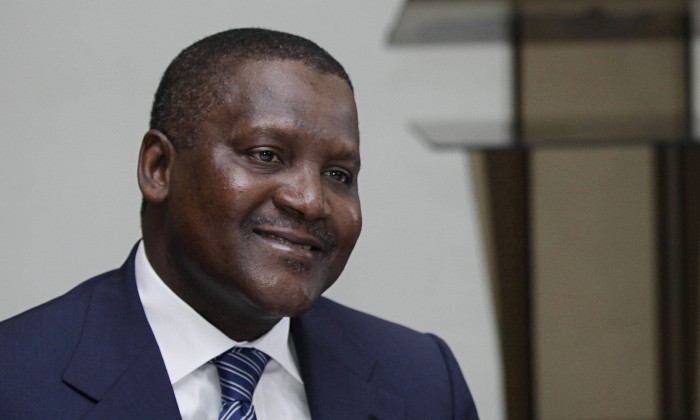 Alhaji Aliko Dangote is 60 and understandably the entire country is busy paying tributes. He is the richest man in Africa, but more than that he is one of the most successful, forward-looking and resourceful entrepreneurs in the entire continent. He has investments and connections virtually everywhere.
I think a special remark should be made about his less known attribute – his humility and humanity.  Aliko Dangote, for all those who have related with him closely, is a very humble man. His life is not driven by money, but belief in hard work and the impact that he is able to make. He is helpful, supportive and kind, always believing he can make a difference. I offer a special testimony.
Many years ago, before the Abuja job, I used to visit Aliko at home, sometimes on my own and sometimes with my family. On one occasion, he gave my first son money as he saw us off to the door. It was that kind of money that caused a fight between father and son. My son wanted to hold on to it, and there I was insisting the boy must hand over the money because it was enough to pay his and his sibling’s school fees. The innocent boy said the money was for him. How could it have been for him?  We resolved the fight, big fight, right there, with Aliko pretending not to notice.
On another occasion, Aliko asked if I had built a house and I told him I was building a house somewhere in Ajah. This was in 2006.  He said we should go there.  He jumped into my miserable Tokunbo car and followed me to the uncompleted building.  He walked round the building and asked me what I wanted. He ended up giving me enough cement to complete the house and the money to paint it. He told me I should contact him if I wanted to build any other house, but after that other house, I stopped bothering him, because it was obvious the bricklayers knew cement was free, and they were busy taking advantage.
I went to Abuja to work. The true story of that job is best told by Aliko Dangote, Mr Alex Ibru, Rotimi Amaechi, Femi Otedola and Ojogbane Adegbe. They supported me as best as they could without interference. It was Oronto Douglas who made the phone call. One day, every story will be told. Thank you Alhaji, for being a friend and a brother. Thank you. May you see many more seasons.