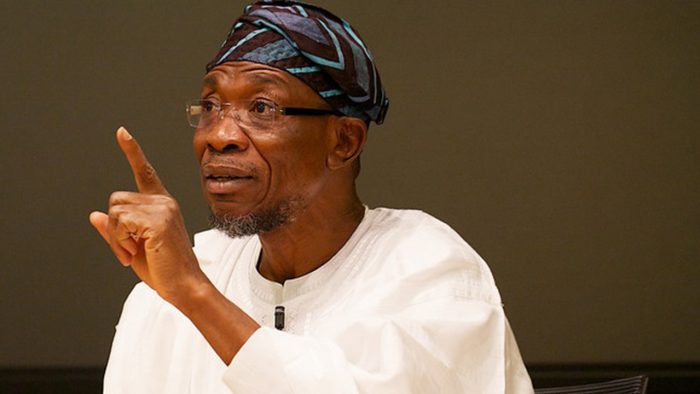 Governor Rauf Aregbesola of Osun State
A mob of angry youth attacked the canopy in which governor were sitting at the funeral of the late Isiaka Adeleke, a senator from Osun State and former governor of the southwestern state.
Senator Adeleke, who passed away on Sunday, April 23, 2017, was scheduled for burial on Monday. His death has ignited violent reactions from youth in his community who allege that the deceased was poisoned. Fingers have been pointed in the direction of Governor Rauf Aregbesola of Osun State.
The funeral event was attended by Governor Ibikunle Amosun of Ogun State, Governor Rotimi Akeredolu of Ondo State, Olagunsoye Oyinlola, a former governor of the state, and other dignitaries.
The representative of Governor Aregbesola, a commissioner, Ms. Idiat Babalola was chased out of the venue of the funeral by the angry mob. 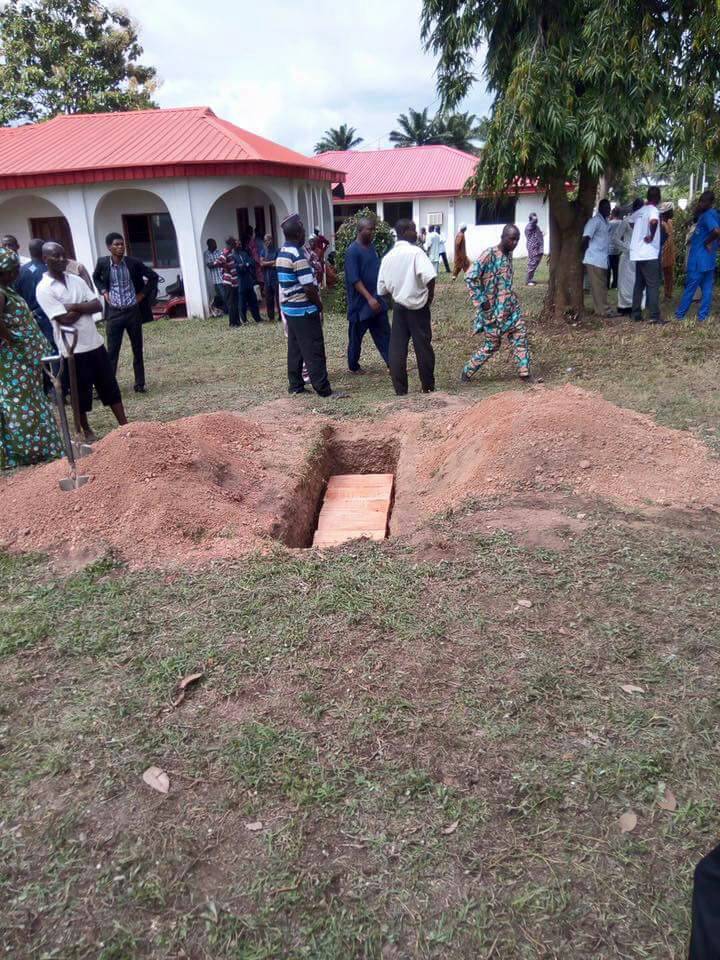 A crowd accompanies the body of late Senate Isiaka Adeleke for burial on Monday, April 24, 2017

Babalola, who was seated among the dignitaries including the billionaire younger brother of the deceased, Deji Adeleke, was made to leave the event after the youth attacked the canopy under which she and the governors were seated.
According to reports, the youth said that Babalola had been named as the “running mate of the anointed candidate of the APC” in the forthcoming guber race.

The collapsed canopy for dignitaries at the burial of Isiaka Adeleke, a senator from Osun State on Monday, April 24, 2017

“Despite pleas from family members of the deceased , the youths insisted and started shouting and raining curses on her,” one account said.
“”The youths started shaking the canopy where Governors Ibikunle Amosun, Rotimi Akeredolu, Prince Olagunsoye Oyinlola and Deji Adeleke were seated to chase out Babalola who they described as a betrayer.
“Babalola was escorted outside the house by Amosun and his security aides as the youths threw sticks and mango fruits at her,” the report said.