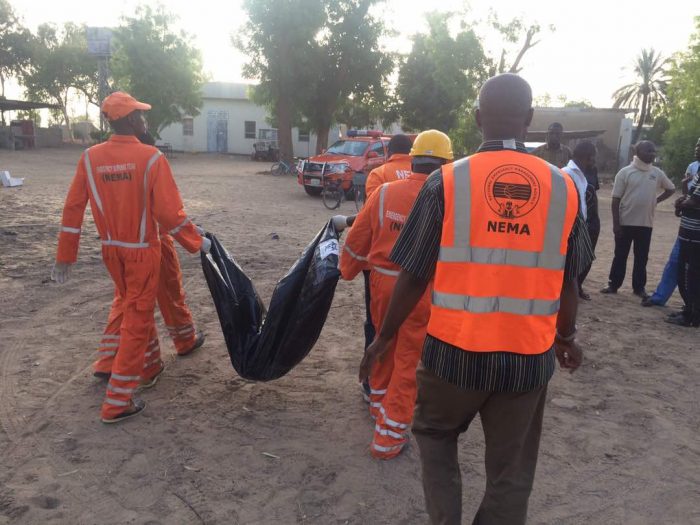 Emergency workers clear the scene of a suicide bomb attack in University of Maiduguri on Saturday, May 13, 2017 | PR Nigeria
Three suicide bombers believed to be working for Boko Haram were killed when they attempted to infiltrate the Department of Works of University of Maiduguri in Borno State in the early hours of Saturday, May 13, 2017.
The incident occurred at 1.10 am, according to PR Nigeria.
A security guard at the University was also killed from the explosions. 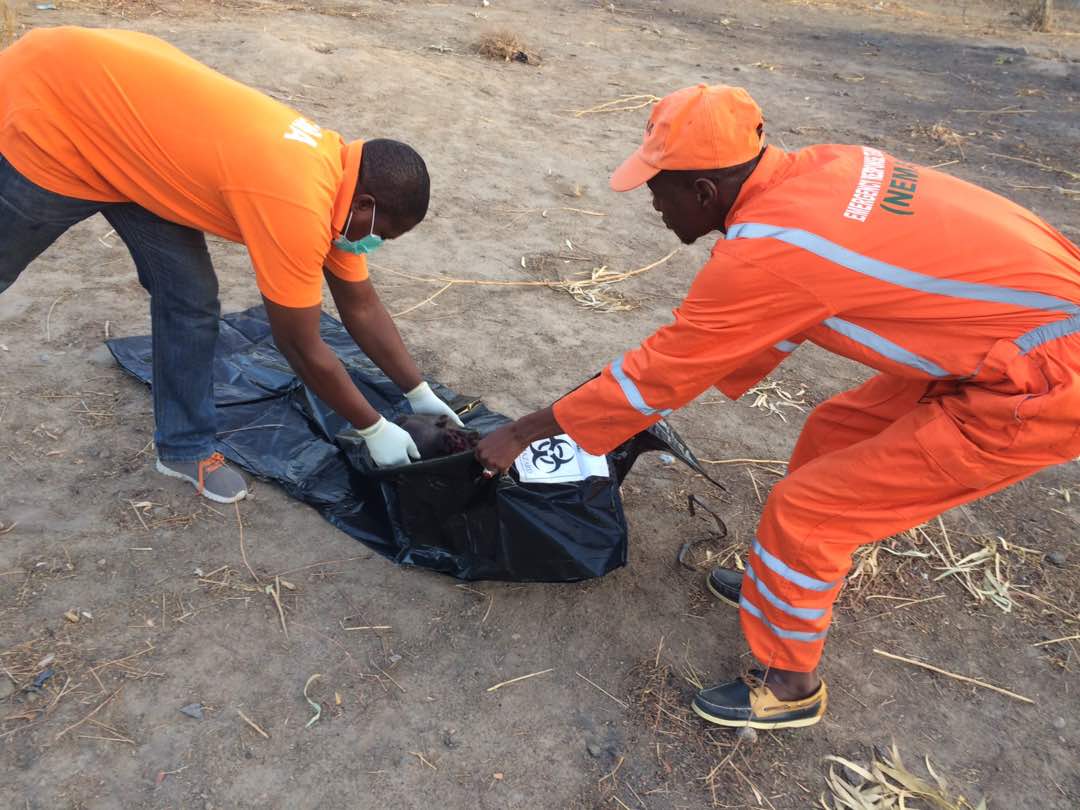 Emergency workers clear the scene of a suicide bomb attack in University of Maiduguri on Saturday, May 13, 2017 | PR Nigeria

Late December 2016, President Muhammadu Buhari declared victory over the Islamist terrorist group after Nigerian troops announced that they have recaptured Camp Zero in Sambisa forest, the base of the deadliest terrorist group in the world.
The Nigerian Army later presented the president with the flag belonging to the terrorist group in a “mission accomplished” ceremony.
Since the declaration a week ahead of Christmas Day 2016, Boko Haram has launched a number of deadly attacks in the North Eastern region of the country where the terrorists have murdered at least 50,000 since they began their campaign to establish an Islamic caliphate in the country.
In May 2017, the Buhari administration announced the swap of 3 dangerous Boko Haram commanders in the release of 82 Chibok schoolgirls who were kidnapped by the Islamists from the school dormitory in April 2014.