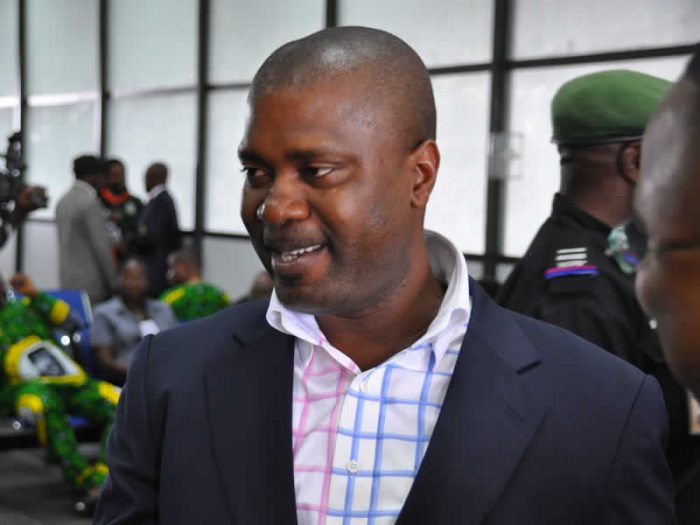 Nsima Ekere, the MD of NDDC in an undated photo
The Niger Delta Development Commission (NDDC) says it has revoked more than 600 contracts and projects as part of efforts to restructure the commission.
NDDC Managing Director Nsima Ekere told journalists in Port Harcourt on Thursday, July 20, 2017 that the commission’s management and board took the decision to adopt a ‘4R’ initiative as roadmap to development.
According to him, the commission’s 4R initiative is restructuring the balance sheet, reforming governance protocols, restoring core mandate and reaffirming commitment to doing what is right and proper.
Ekere, who said that the commission’s balance sheet was over bloated with contingent liabilities in excess of N1.3 trillion, added that this justified the reform.
“The move became imperative looking at the resources coming on monthly or yearly basis which necessitated restructuring it in a manner that will be meaningful to achieve results.
“The last management meeting approved cancellation of over 600 projects that NDDC already embarked on.
“We discovered that some of the contracts were either not properly awarded or some of them were awarded but the contractors have not yet gone to site.
“Some of the contracts were awarded as late as 2002 with some of the contractors collecting advance payments from the commission with zero work done at the sites.
“So, we terminated these contracts worth about N200 billion, which is the first phase of our restructuring the commission’s balance sheet,” he said.
Ekere said that the second phase of restructuring the commission’s balance sheet would affect projects that have only attained zero to five per cent completion status.
He explained that contractors in this category were those who mobilised to site but had achieved negligible work compared to contractual agreement.
According to him, equally affected are contractors that have not been to the site for upwards of five to seven years, and as such, performed poorly.
“On restoration of the commission’s core mandate, we want to ensure that projects that we do is geared toward achieving the core mandates for establishing the commission.
“In the past, our contracts and projects were politically motivated while some were done to satisfy one person or interest which is not good enough.
“If there is a Master Plan or design to achieve a certain milestone within a set period; every year or month spent should be an incremental step toward achieving that target.
“So, we looked at the master plan which is supposed to be accomplished within 50 years but have already spent 10 years without much being achieved,” he said.
Ekere explained that the Niger Delta Regional Development Master Plan was a plan that articulated policies and programmes that ought to be collectively executed by different development partners.
He listed the development partners to include federal, state and local governments; Ministry of Niger Delta, International Oil Companies, the World Bank, European Union and USAID among others.
“So, the days of struggling and competing with local government councils on who would buy chalk for blackboards in schools must be over.
“We want to do less of the smaller projects and do more of the bigger projects that will ultimately impact on the socio-economic lives and development of the region,” he said.
Ekere said the third agenda was reformation of the commission’s governance system aimed to running the commission in an efficient and transparent manner with reliance on technology.
The managing director said the last phase was to reposition the mind-set and thinking of members of staff with focus on enthroning professionalism and expertise in service delivery.