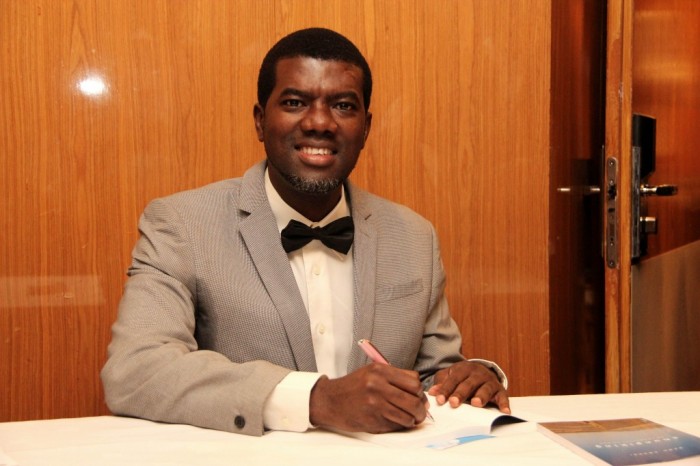 Mr. Reno Omokri
You must have heard how the former media aide to erstwhile president Goodluck Jonathan, Reno Omokri, the self-called pastor and founder of the Mind of Christ Christian Centre, embarked on an ill-advised and futile attempt at lecturing the Igbo nation on diplomacy in reaction to a statement credited to Nnamdi Kanu, the IPOB leader, on president Goodluck Jonathan.
It is most unfortunate that Omokri would take a statement by Nnamdi Kanu as a statement by the Igbo, and weave same to make it look like the Igbo met somewhere as a nation, concluded on what to say about Jonathan and detailed Kanu to speak on their behalf.
Having served at that level of government and run a self-found church for this long (most probably without any anointing), one would have thought that Reno would be circumspect in his approach to such matters rather than blow it out of proportion by apportioning it to the Igbo while using that opportunity to run a web of tirades against the Igbo who were as shocked as anyone else by Kanu’s statements.

The suffering assumed an official dimension and got the official stamp of the presidency when Buhari made the infamous and unfortunate declaration of 97% vs 5%! The good thing is that what the Igbo saw in 2015 while sitting, those who did not see it even while standing on the Iroko tree are now seeing it and wished they had towed the same line with the Igbo during the elections.
No matter what Nnamdi Kanu says, Jonathan will continue to enjoy the support of Ndigbo even till death. We will not betray him like some of his own people have done. Kanu might have said what he said, but the truth is, given another opportunity to choose between Jonathan and Buhari, Kanu, even Kanu would still choose Jonathan. He is not like Reno who is scoring a much needed goal only after the match has ended. Such a needless, meaningless and useless goal…
Rather than his diatribe against the Igbo, Reno would do well to come out from hiding, return to Nigeria and join in the noble task of tackling this oppressive and tyrannical government that has brought so much distrust among brothers and sown so much hate among neighbours. It is an act of cowardice to remain in San Francisco and keep picking on soft targets while the real despots in the country get away with severe and several acts of unconstitutionality.
Even if he decides to remain in distant lands, when next Reno wants to attack, he should choose his subjects carefully. Ndigbo are not Jonathan’s problem. People like Reno who think they can continue to be hypocritical in order to impress Jonathan should learn to deliver their messages as aides and not as slaves!
Lastly, Jonathan remains Nigeria’s hero of democracy. It is his meekness that has exposed Buhari’s gross incompetence and tyranny. If Jonathan had behaved like strong men behave in Africa, we would not have had the opportunity to know that Buhari is the worst president Nigeria would ever have.
Meekness is no weakness. It is the strong that let go. Jonathan let go to save the nation from the precipice, and today we have all learnt enormous lessons from that singular act of magnanimity.
I hope Reno, too, has learnt.
Jude Ndukwe is a political analyst who lives and works in Abuja, Nigeria. He is a member of The Trent’s Elite Columnists. His column is published every Friday.