Share
Facebook
Twitter
Google+
Pinterest
WhatsApp
The governors of the South-East states have proscribed all the activities of the Indigenous People of Biafra.
They called on the leaders of IPOB and all other aggrieved groups to articulate their position on all national issues and submit to the committee of governors, Ohanaeze Ndigbo, and the members of the National Assembly from the zone through the Chairman of the South-East Governors Forum.
The governors of the five South-East states took the decision after a five-hour closed-door meeting at the Government House in Enugu, which was attended by the Deputy Senate President Ike Ekweremadu, President-General of Ohanaeze Ndigbo John Nwodo, and the General Officer Commanding 82 Division of the Nigerian Army, Lt-Gen, Adamu Abubakar.
Among the resolutions during the meeting contained in the communiqué read by the governor of Ebonyi state is an appeal to the President to withdraw the military in the South East at the moment.
Read the full resolution below:
Communique Arising from the emergency meeting of South East Governors Forum at the Exco Chambers Government House, Enugu, on Friday, 15th September, 2017
In view of the prevailing security situation in the South East and its attendant consequences, the South East Governors hereby resolves as follows:


1. All activities of IPOB are hereby proscribed. IPOB and all other aggrieved groups are advised to articulate their position on all national issues and submit to the Committee of Governors, Ohanaeze Ndigbo and National Assembly members from the South-East Zone, through their chairman, South-East Governors Forum.
2. All Governors of South-East Zone are to ensure compliance in their respective States.
3. South-East Governors Forum, Ohanaeze Ndigbo and National Assembly Members do hereby reinforce their commitment to a united and indivisible Nigeria.
4. We also reinforce our desire for the restructuring of Nigeria where all national issues will be discussed and amicably settled to achieve justice and fairness to every Nigerian.
5. We reiterate our earlier position that the November 18, 2017 governorship election in Anambra must hold.
6. Accordingly, we appeal to Mr. President and Commander in Chief of the Armed Forces of the Federal Republic of Nigeria, His Excellency, President Muhammad’s Buhari GCFR to please, withdraw the military in the Southeast zone, while police perform their traditional role of maintaining law and order.
7. South East Governors have taken concrete steps to protect lives and properties of indigenes and non indigenes in the south east.
8. We are in touch with the Northern Governors Forum they have assured us of the safety of all our people living in the north and we have also planned to exchange of visits between the Governors and to re-enforce the confidence of Nigerians in this respect.
9. In keeping with our earlier position, we wish to assure Nigerians that full investigation is ongoing on all allegations of killings, maiming and other unlawful conduct in the South-East Zone within this period. The Governors and the security agencies are in agreement that appropriate action will be taken against anyone found culpable.
10. We advice all residents of the South East to go about their normal businesses as Government of each state is committed to protecting everybody.
11. Finally, we advise our people in the south  east to please be law abiding. 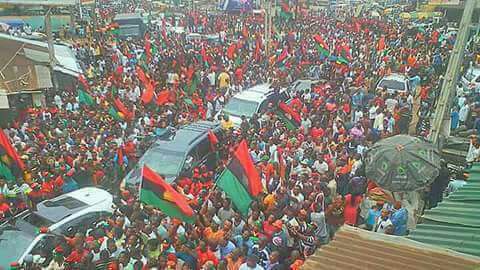