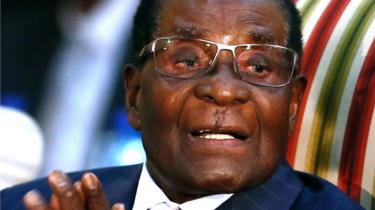 The choice of Zimbabwe President Robert Mugabe as a World Health Organization (WHO) goodwill ambassador has been criticised by several organisations including the British government.
It described his selection as “surprising and disappointing” given his country’s rights record, and warned it could overshadow the WHO’s work.
The opposition in Zimbabwe and campaign groups also criticised the move.
The WHO head said he was “rethinking his approach in light of WHO values”.

Dr Tedros Adhanom Ghebreyesus had previously praised Zimbabwe for its commitment to public health.
He said it was a country that “places universal health coverage and health promotion at the centre of its policies to provide health care to all”.

Mr Mugabe’s appointment as a “goodwill ambassador” to help tackle non-communicable diseases has attracted a chorus of criticism. 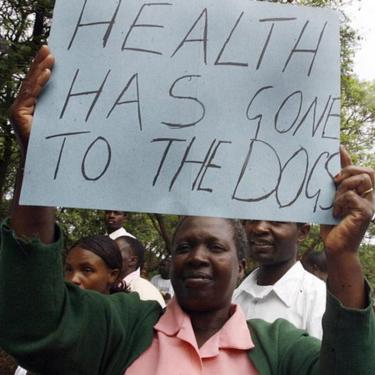 The British government said it was all the more surprising given US and EU sanctions against him.
“We have registered our concerns” with the director general, a spokesman said.
“Although Mugabe will not have an executive role, his appointment risks overshadowing the work undertaken globally by the WHO on non-communicable diseases.”
Zimbabwe’s leader has been frequently taken to task over human rights abuses by the European Union and the US.
Critics say Zimbabwe’s health care system has collapsed, with staff often going without pay while medicines are in short supply.
Dr Tedros, who is Ethiopian, is the first African to lead the WHO. He was elected in May with a mandate to tackle perceived politicisation in the organisation.

US-based campaign group Human Rights Watch (HRW) said it was an embarrassment to give the ambassador role to Mr Mugabe, because his “utter mismanagement of the economy has devastated health services”. 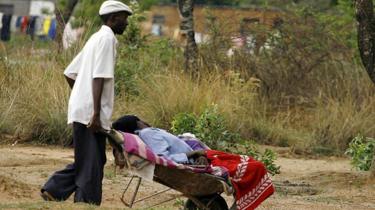 HRW’s Kenneth Roth said Mr Mugabe’s appointment was a cause for concern because the president and some of his officials travel abroad for treatment.
“When you go to Zimbabwean hospitals, they lack the most basic necessities,” he said.
Zimbabwe’s main MDC opposition party also denounced the WHO move.
“The Zimbabwe health delivery system is in a shambolic state, it is an insult,” spokesman Obert Gutu told AFP.
“Mugabe trashed our health delivery system… he allowed our public hospitals to collapse.”
Other groups who have criticised Mr Mugabe’s appointment include the Wellcome Trust, the NCD Alliance, UN Watch, the World Heart Federation and Action Against Smoking.
President Mugabe heard about his appointment while attending a conference held by the WHO, a UN agency, on non-communicable diseases (NCDs) in Montevideo, Uruguay.
He told delegates his country had adopted several strategies to combat the challenges presented by such diseases, which the WHO says kill about 40 million people a year and include cancers, respiratory diseases and diabetes.
Read more at BBC
______________________________________
Follow us on Twitter at @mediaparrotng
Copyright 2017 MEDIAPARROTNG. Permission to use portions of this article is granted provided appropriate credits are given to www.mediaparrotng.com and other relevant sources

Amid Criticism Guatemala Defends Decision To Move Embassy To Jerusalem