The Founder, Afa Igbo Efuna and Chairman, Capital Oil & Gas Industries Limited, Dr. Patrick Ifeanyi Ubah, Sunday, joined millions of other Nigerians at home and in the Diaspora to commemorate the 6th Anniversary of the passing on of the Founding Father of the All Progressives Grand Alliance (APGA), Dim Chukwuemeka Odumegwu Ojukwu (Ezegburugburu of Igboland).
On 26 November, 2011, the Ikemba of Nnewi died at 78, in the United Kingdom, after a brief illness.
In a statement personally signed by him, entitled, “In Remembrance Of A Colossus, The Great Ikemba,” Dr. Ubah said the glorious exit of Odimegwu Ojukwu, a great Nationalist, six years ago, signalled the dawn of a new era for Ndi Igbo and Nigeria as a nation.
The statement read: “Today, the spirit of Ndi Igbo is awakened! On this day, six years ago, an era ended with the passing of our leader and the founding father of our great party, All Progressives Grand Alliance (APGA), Dim Chukwuemeka Odumegwu Ojukwu (Ezegburugburu of Igboland).
“The glorious exit of this great Nationalist signalled the dawn of a new era for Ndi Igbo and Nigeria as a nation. Ojukwu’s conviction, confidence, strength, character, wisdom and inspirational leadership availed the Igbos a strong identity within the scheme of affairs in our country, Nigeria.
“He became THE LEADER when we, as a people were in dire need of one; a thundering voice and a breath of life into the overwhelming recognition we enjoy today as Igbos.
“As we at AFA IGBO EFUNA commemorate the 6th year of The Great Ikemba’s passing on to higher glory, nothing hurts more than the actuality that our hero is no longer here with us. However, on account of the fulfilled and noble life he lived, we join hands with Ndi Igbo and Nigerians at home and in the Diaspora to remember and celebrate an iconic life well lived and a journey through life well travelled.”
“AFA IGBO EFUNA remains perpetually grateful for the legacy Dim Chukwuemeka Ojukwu bequeathed to us, Ndi Igbo, as we stay resolute in ensuring that the labour of our heroes past shall not be in vain. Continue to rest in peace, Ikemba Nnewi! Your memory and legacy lives forever in our hearts,” the statement added.
It would be recalled that the Nigerian army accorded Ojukwu the highest military accolade and conducted funeral parade for him in Abuja, Nigeria on 27 February, 2011, the day his body was flown back to Nigeria from London before his burial on Friday, 2 March, 2012.
He was buried in a newly built mausoleum in his compound at Nnewi.
Before his final internment, he had about the most unique and elaborate weeklong funeral ceremonies in Nigeria besides Chief Obafemi Awolowo, whereby his body was carried around the five Eastern states, Imo, Abia, Enugu, Ebonyi, Anambra, including the nation’s capital, Abuja. Memorial services and public events were also held in his honour in several places across Nigeria, including Lagos and Niger state his birthplace.
Chukwuemeka Odumegwu-Ojukwu was born on November 4, 1933 at Zungeru in northern Nigeria to Sir Louis Phillippe Odumegwu Ojukwu, a businessman from Nnewi in southeastern Nigeria.
____________________________________
Follow us on Twitter at @mediaparrotng
Copyright 2017 MEDIAPARROTNG. Permission to use portions of this article is granted provided appropriate credits are given to www.mediaparrotng.com and other relevant sources
Share your story with us: SMS: +234705 2286737 Whatsapp:+234705 2286737 Email: mediaparrotng@gmail.com 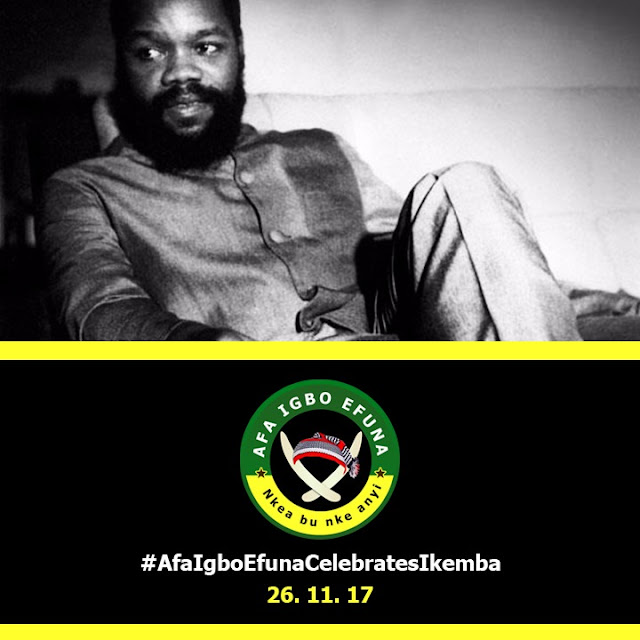