Share
Facebook
Twitter
Google+
Pinterest
WhatsApp
The Chief Executive Officer of the innoson group Mr Chukwuma Innoson has declined his bail as he demands for explanation from EFCC for harassing and arresting him.
This was announced through the company’s official Twitter account as seen below:
Breaking News
Innoson has refused his release because he is demanding to know the reason for his arrest.
Media Parrot Ng had early reported that the Economic and Financial Crimes Commission said it has  released on bail,   Anambra state-born industrialist, Chief Innocent Chukwuma, better known as Innoson .
Media Parrot Ng recalls EFCC officials stormed the Enugu residence and arrested Chukwuma “like a common criminal without any prior invitation” as was made known through the company’s official Twitter handle.
But the anti-graft agency denied the claim, insisting that the Innoson boss failed to honour a prior invitation and accused him of jumping bail.
RELATED:
Innoson Group Refutes EFCC’s Claims Over Reasons For Arresting The CEO [READ]
The business man who runs a local auto assembly plant was arrested on Tuesday December 19, 2017 at his Enugu residence, following his refusal to respond to invitations by the Commission, after initially being granted administrative bail by the Commission, while his surety could also not be found.
According to the EFCC, the industrialist resisted arrest and stirred controversy by bringing six truck-loads of thugs to block the entrance to his Plot W1, Industrial Layout, Abakaliki Road, Emeni, Enugu, home.
He was arrested at about 11 am on Tuesday morning at his residence in Enugu. 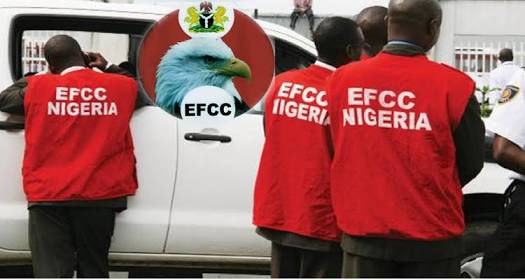 BREAKING: Atiku Abubakar Dumps APC In A Dramatic Move Ahead Of 2019